It’s difficult to tell where McIlvanney leaves off and Rankin takes over which, considering the circumstances, is a plus. The Dark Remains is a cut above the usual police procedural although it is written sequentially with no jumps in the time line. What has happened previously is worked out through dialogue and interviews. Glasgow in the time of Cumbie, Toi and hardened criminals wasn’t for the faint hearted. Weapons included knives and spanners with the odd gun thrown in for good measure - a real mean city.

Laidlaw is a working detective who has no truck with silly handshakes or those who have climbed up the ranks by rolling up a trouser leg. This does not make him popular with the biggest gang in Scotland. Laidlaw is the kind of man a woman might like to spend the night with but he is not husband material, which is a shame for his wife and children. He’s a policeman who happens to be a man rather than a man who happens to be a policeman. He drinks, spends nights in hotels rather than going home and is too clever not to solve everything before his superiors.

A second in command of one crime gang is found dead and clues suggest that this is the start of a war between the professionals and possibly the wannabes. Red herring abound but the clues are there from the very beginning.
The droll Glasgow patter is captured very well in this novel. Having had Willie Mac as an English teacher I think he would have enjoyed reading the finished article. 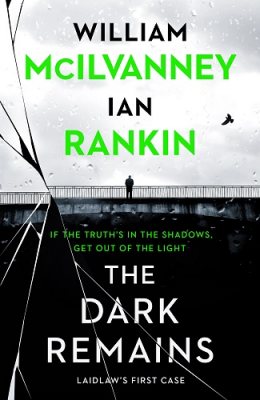 Re: The Dark Remains William McIlvanney and Ian Rankin

I wonder why they decided to work together? But the detective sounds very Rankin.
Yes this is the real "Little John" (or it could be "colin whose birthday is the day after mine)
Top

Re: The Dark Remains William McIlvanney and Ian Rankin

Little John wrote: ↑
September 20th, 2021, 1:08 pm
I wonder why they decided to work together? But the detective sounds very Rankin.

They didn’t really. McIlvanney died before completing the novel. His widow passed the notes onto Rankin to finish because Rankin has often spoken well of Willie. Laidlaw, the character, is very McIlvanney. Rankin claimed that it influenced his Rebus books.
Top
Post Reply
3 posts • Page 1 of 1