This is book number five of the PI series featuring Jackson Brodie and in the gap between books 4 and 5 the character has appeared on TV making him more recognisable, perhaps, this time around.

This novel skilfully weaves disparate storylines together which are loosely connected because of Jackson’s intended or unintended involvement. Family wise, Jackson is dealing with an older daughter about to get married despite Jackson’s misgivings, a surly teen flitting between his mother Julia whom Jackson still misses and Jackson, and an old slow-paced Labrador who is not up to the cut and thrust of some of Jackson’s exploits. Case wise Jackson is overseeing a marital infidelity job and is supposed to find out who is tailing Crystal, a beautiful young wife. Throw into this mix of plots and subplots attempting to rescue a man about to commit suicide on a cliff edge and seeing a young girl getting into a car after thumbing a lift and you get an idea of the chaos which ensues.

I defy you to read this book and not love Harry, the teenage step-son of Crystal. There are moments where your heart will break but also where you will laugh out loud because of the writing.

I didn’t spot that one side character had appeared in an earlier novel until quite late on but other readers will get that right away. There is one plot hole I would like explained more, just who picks up Harry and Candace? It’s all guesswork because nothing is specifically stated due to Crystal’s refusal to talk. Possibly any reveal will happen in a future novel. 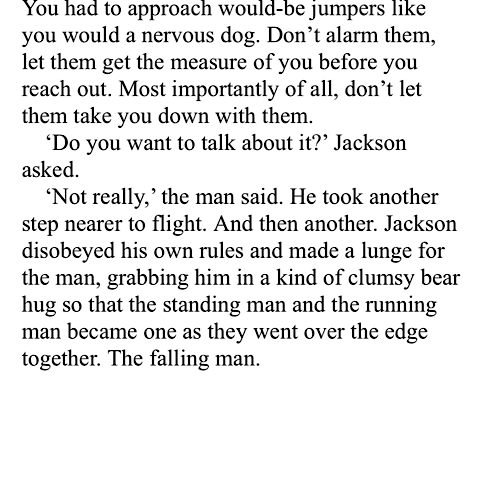