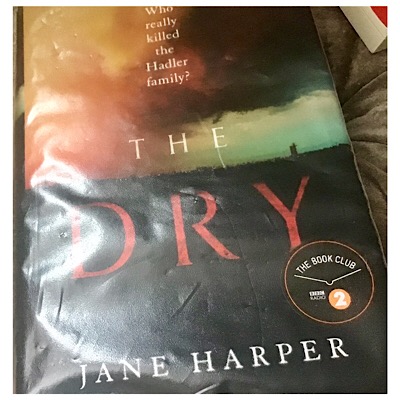 The Dry by Jane Harper is an investigation by a reluctant protagonist into the murder/suicide of a former friend and his family. Falk is there at the behest of Luke’s father because he doesn’t believe his son can have murdered his wife and son.

Falk has only returned because Luke’s Old Man knows that Falk lied about something important twenty years before when he also lived in this backwater town. Did I say backwater? No water would be more accurate because Australia is suffering from an El Niño drought and the atmosphere is incendiary.

Falk and the actual local cop, Raco, look into CCTV, old photos, ballistics and financial records, interview suspects and take a long time to get to the truth as everyone in Kiewarra has a secret or a nasty, mean streak.

Happily I can report that I didn’t guess the ending in advance and that is rare these days. Jane Harper has written a nuanced first novel in the whodunnit genre. Recommended.
Top

Re: The Dry Jane Harper

Ellie? Australia? All sounds spookily close to home. Thinking of Leigh.
Yes this is the real "Little John"
Top

Re: The Dry Jane Harper

Lol. Oddly a few books and TV programmes I have read/watched lately have had a major character called Ellie. The latest was Der Pass on Sky.
Top
Post Reply
3 posts • Page 1 of 1